Inside Film has produced three feature films to date. They each have their own website where you can view find out more about them and view the films for free – follow the links below 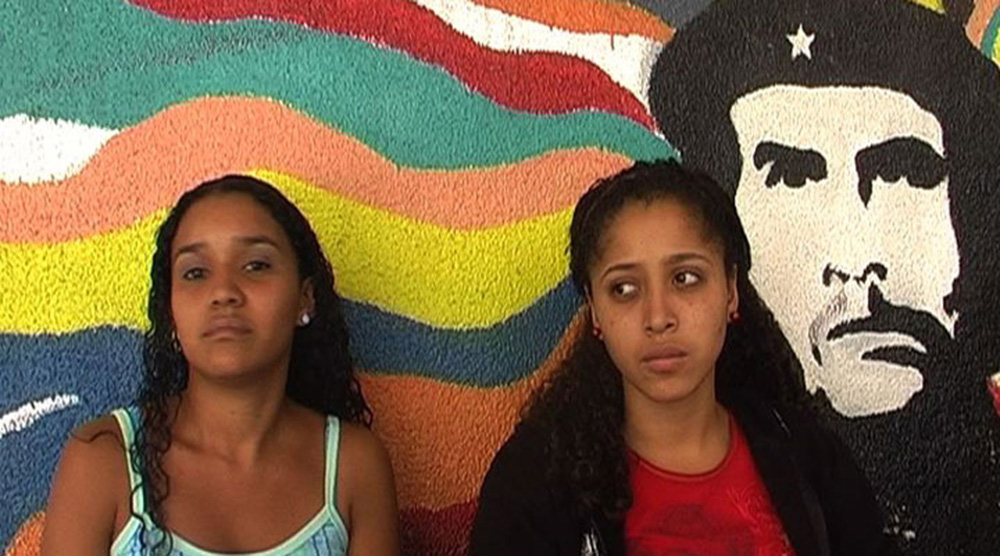 Listen To Venezuela (125 minutes) takes the viewer into a contemporary revolution and extraordinary experiment in radical democracy and social justice.

In Venezuela, ordinary people were in the process of rejecting the savage neo-liberal capitalism that has been imposed the world over. In the west, democracy has been drained of any substantive connection with popular power and accountability over the powerful.

In Venezuela, the once marginalised majority have become political actors in a story they have reclaimed from the Venezuelan oligarchy, western business interests and political domination from Washington.

Listen To Venezuela builds a multi-levelled, visually diverse account of the struggle for social change, a struggle to build a different kind of society where human needs, not profit, are prioritised.

Find out more and view the film here

Condition of the Working Class

This film is inspired by Engels’ book written in 1844, The Condition of the Working Class in England. How much has really changed since then?

In 2012 a group of working-class people from Manchester and Salford come together to create a theatrical show from scratch based on their own experiences and Engels’ book. They had eight weeks before their first performance. The Condition of the Working Class follows them from the first rehearsal to the first night performance and situates their struggle to get the show on stage in the context of the daily struggles of ordinary people facing economic crisis and austerity politics. The people who came together to do the show turned from a group of strangers, many of whom had never acted before, into The Ragged Collective, in little more than two months.

This film, full of political passion and anger, is a wonderful testament to the creativity, determination and camaraderie of working people that blows the media stereotypes of the working class out of the water.

Find out more and view the film here

It is by telling stories that a society talks to itself, finds out about itself and engages with the rest of the world. What kind of stories do we tell if only 10% of actors come from working class backgrounds?

This film talks to struggling actors about the difficulties they face when they don’t have the resources to get in and get on in the industry. We follow actor Tom Stocks who had to twice turn down a place at the East 15 drama school because he could not afford the fees. Angered by this Tom set up Actor Awareness and the film documents his struggle to create opportunities for those outside the elite networks and raise awareness about class exclusion in the acting industry.

Actors Chris Eccleston, Julie Hesmondhalgh, Maxine Peake, Samuel West and others talk about why this situation should concern everyone and how things have got harder since they entered the industry. This is not a film about acting; it’s about the lack of working class representation on our stages and our screens. It’s a story of social inequality and how that impacts not only on the performing arts but society at large.

Find out more and view the film here
Scroll to top